Are Ants Bothering You?

These little insects can really be annoying. 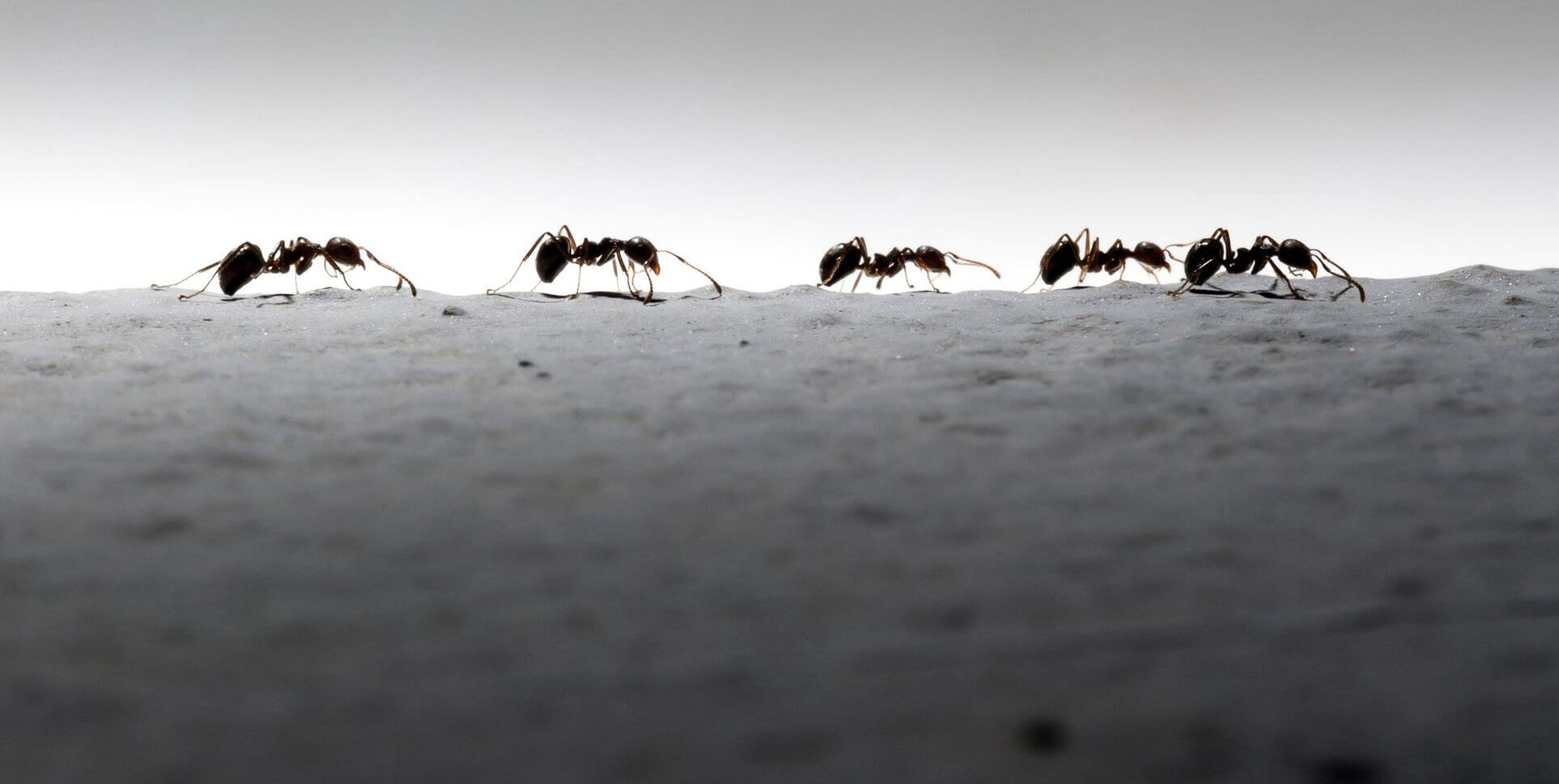 Black ants marching in a row, foraging for food.

If any of these situations applies, call us now!

Nest Pest Control has been controlling ant infestations in Washington DC and Maryland for over 20 years. We’ve taken that time to get to know the little creatures around us and consider the different ways to control their pestering us.

Queen ants can lay up to 800 eggs a day. That is a lot! Just spraying in the area doesn’t do much, because the queen rarely comes out. In fact, spraying the area, including the nest, just kills some of the workers.

Pretty soon, the ants will dig a new tunnel to a new place and start their march all over again. When treating for ant control, Nest will apply a granule bait that will attract the ants. They then bring this to their queen and feed it to her. This will eliminate the colony in time. It may take up to two weeks for all the ants to die away, but then you’ll be pest-free again!

We Can Start Treating on Our First Appointment 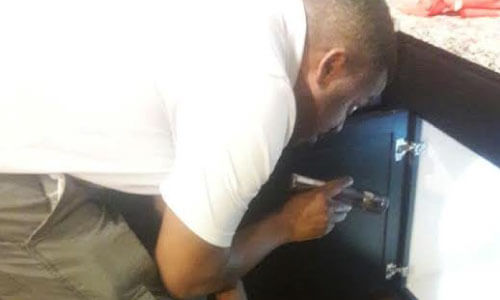 James, inspecting the kitchen cabinets for ants, roaches or termites.

We start with an inspection.

The first thing we do after setting the appointment is to show up and inspect for ant infestations. We mark where the ants are coming from and make sure that we apply special bait for them to eat. We also spray a general solution to keep ants away from the house.

We are Ant Control Experts in Washington DC

With 30, 000 infestation treatments we’ve gained some experience and insight into different techniques for ant removal. We are a local company doing pest control in a big way. Join our customers and see the Nest difference. 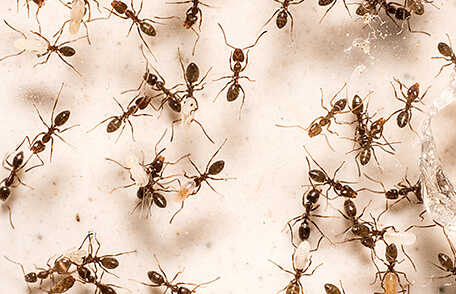 Little black ants can really be a problem. 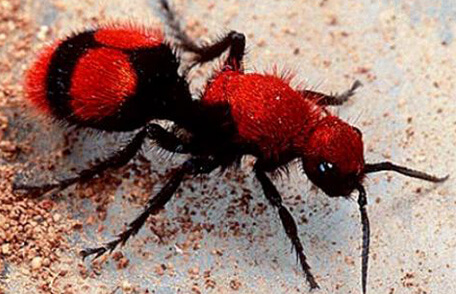 Velvet ant near Washington DC. These are actually wingless wasps, but we control for those, too.

Be Ant-free Again And Breathe Easy!

Ant infestations, though not dangerous, can be pretty bothersome. When you use Nest to eliminate an ant problem, you can be sure the treatment will work. We treat the first day and then follow up, if needed, about two weeks later. This way you can be sure that the ants will be gone.

What Others Are Saying About Nest Pest Control

We work hard to give you a good experience. Here’s what some of our customers have said about that.

Great work. Quickly and easily removed this bald-faced hornet nest from my house. 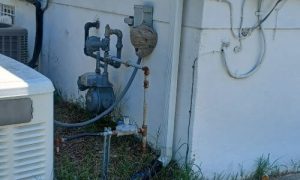 Thanks to Nest Services, I no longer have a bug problem in my apartment. They have the best prices, were knowledgeable, on time, professional and very good at what they do. I will definitely use this company again. Thank you!!!

Great work. Quickly and easily removed this bald-faced hornet nest from my house.

There are thousands of ant species in the world. Although most can be effectively controlled by a method or two, some other require more specific insecticides, bait or other measures. Nest knows ants and will provide the correct treatment option for your case. 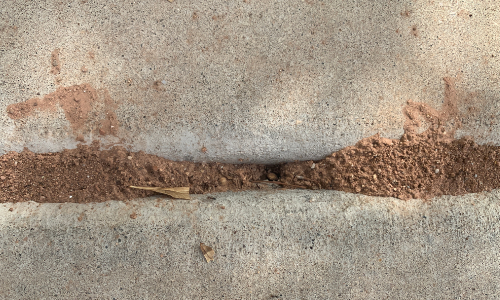 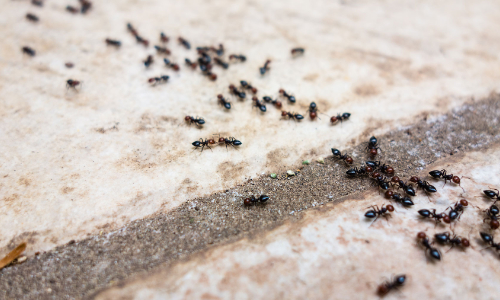 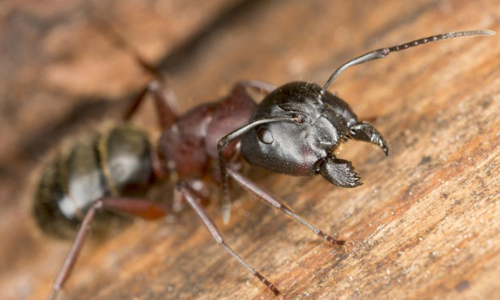 Carpenter ants will eat your house like a termite, but usually won’t bite you.

Call Now To Schedule A Time

Our schedule fills up pretty quickly day-to-day. We want to make sure that we can come out and eliminate the ants from infesting your property, so call now to schedule a time for us to inspect your place.

All coupons are valid with announcement that you have seen them. “Free” coupons for inspections never include WPI inspections for termites. Coupons are NOT valid after “normal business hours” meaning after 6 PM or before 9 AM. We do offer emergency services 24/7, though, so if you need a pest removed at 2 AM (and we have the manpower to spare that particular night) we can accommodate you.

Why Use A Pro?

We have the experience needed to combat ant problems effectively.
We are a local company that can respond to your individual needs better.
We have the expertise for ant control and other pest control though training and experience.
DIY home remedies often fail. We can fix that and get rid of ants at your home. Guaranteed.

About those Ants in your Kitchen…

Ant infestations in your kitchen are commonly attributed to “sugar ants””. Now, almost every ant species is attracted to sugars (thus why they invade picnics so much) but an actual “banded sugar ant” is a species from Australia, so not likely the ant in your kitchen.

Usually, in America, the ants in your kitchen are one of few common species of ant found out here: the little black ant, the Argentine ant, the odorous house ant, the pavement ant or even the pharaoh ant, All of these types of ants are very small in size, maybe up to an eighth of an inch in length. But they are rather intrepid and will often create a colony indoors, not just outside. In Washington DC, we also have carpenter ants, though they usually don’t invade the kitchen.

Pavement ants coming up through the cracks in a driveway. These guys make additional colonies that can sometimes be difficult to remove.

There are lots of questions about ants, Nest Pest Control and pest control issues in general. Here are a couple of questions you might have.

How long before the ant control treatments work?

This all depends on the type of ant you have. Some species create satellite colonies and can take longer to destroy. Usually, two weeks is sufficient to notice a marked decrease in activity. However, it could take up to 4 weeks before the ants are fully under control again.

We guarantee that ants won’t return for at least four months. However, if you are on our regular service schedule, we can keep ants away for a lot longer.

What ants are in Washington DC?

While there are about 12,000 species of ant in the world, we only deal with a handful here in Washington DC. Pharaoh ants, little black ants, acrobat ants, ghost ants, pavement ants, carpenter ants and odorous house ants are the most common. If you are having a pard time identifying the type of ant in your home, call Nest Pest Control and we’ll inspect your home and ID the ant for you.

Who will I talk to on the phone?

Most of the time you will talk to the owner of Nest Pest Control, James. If he for some reason can’t answer, then you will speak with one of our dispatch technicians to set up an appointment at your home.